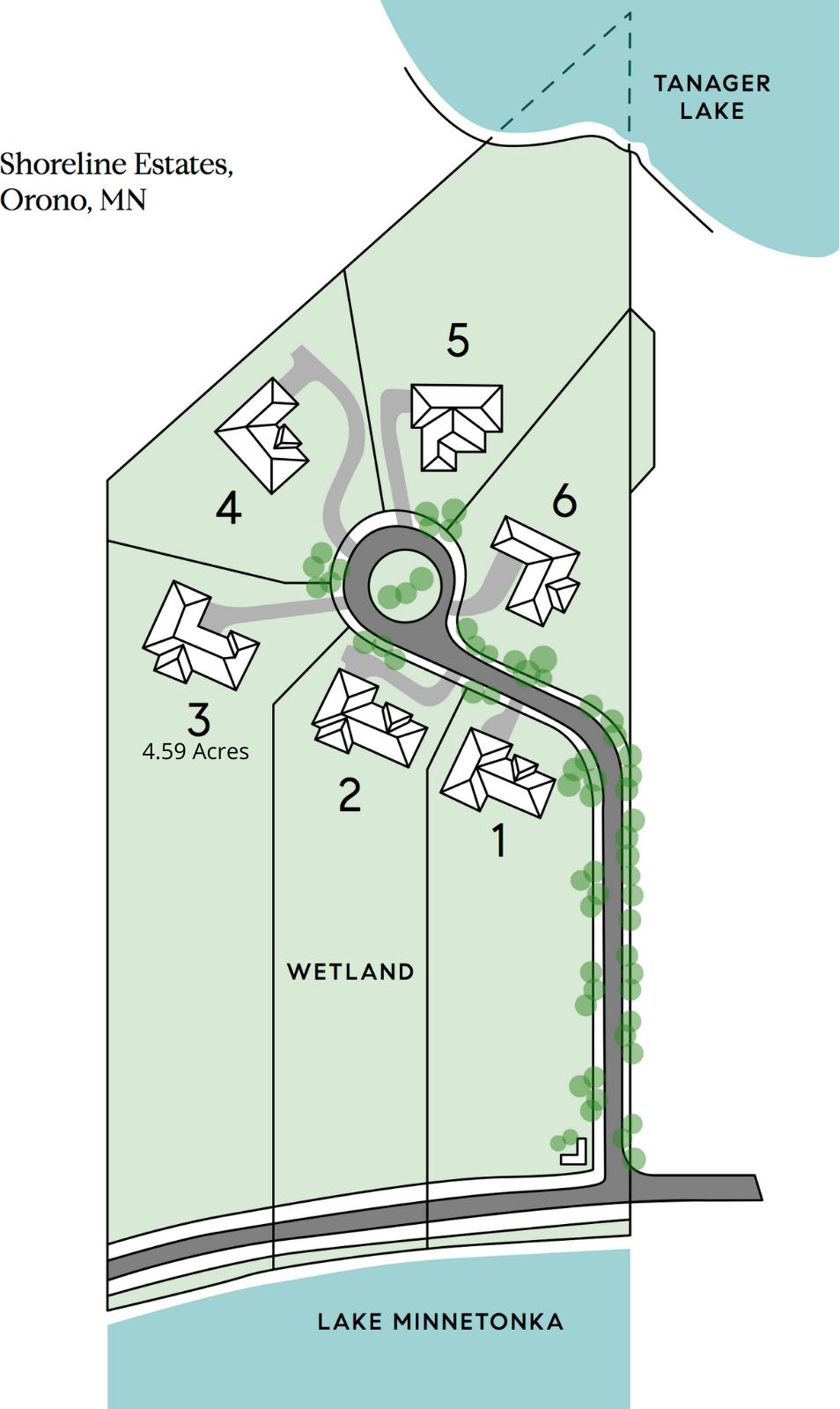 When hearts and minds converge into the simple majesty of Lake Minnetonka, the conversation eventually turns to a southerly facing 20 acres rising over Smith’s Bay now known as Shoreline Estates. Originally an observation sanctuary for migratory birds named “Tanager Hill” where “The Great Blue Herons fly down every morning and the Gulls and Terns circle in gleaming spirals” later became known as one of the most impressive homesites in the Twin Cities. Bordering on 700 ft of Smith’s Bay to the South and 200 ft of Tanager Lake to the West, flow six stately lots ranging in size from 2-4.5 acres. It is very rare that the opportunity arises when it’s possible to live in a place of unparalleled, natural beauty with private acreage on the Lower Shores of Lake Minnetonka. Shoreline Estates offers that opportunity today. Please contact us for a chance to “take it all in”.

Estimate your monthly mortgage payment, including the principal and interest, property taxes, and HOA. Adjust the values to generate a more accurate rate.
$0,000 Your Payment
Share

Whether you’re buying, selling, building, or just want to know your options, the Twin Cities trust our team to advocate tirelessly on their behalf.